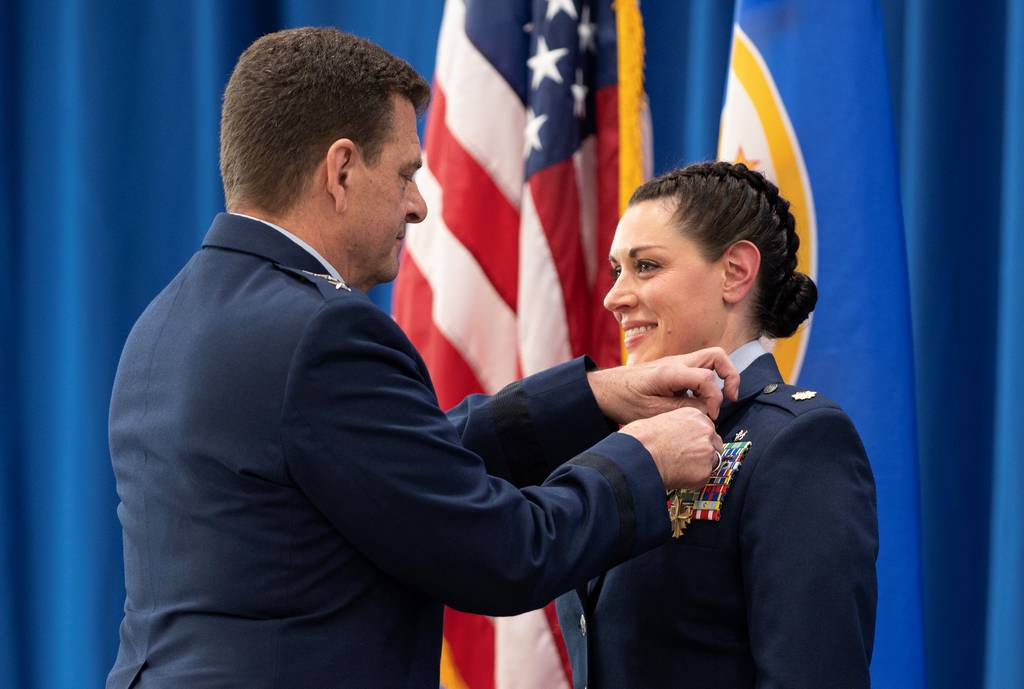 For this week's Salute to Service, Regiment has chosen to recognize Maj. Katie Lunning.

Maj. Katie Lunning, a critical care nurse assigned to the 133 Airlift Wing, was presented the Distinguished Flying Cross medal during a ceremony on Jan. 7 in St. Paul, Minnesota, according to a service release.

Lunning received the nation’s highest award for aerial achievement over the weekend for rescuing troops during the evacuation of Afghanistan.

In the summer of 2021, Lunning and her crew rescued and care for over 20 patients following a suicide bombing. The bombing occurred Aug. 26, at Hamid Karzai International Airport, resulting in the deaths of 13 U.S. troops and more than 160 Afghan civilians.

Lunning’s awarding of the DFC is the first time an Air National Guard flight nurse has earned the award.

“When the suicide bomber exploded at Abbey Gate, we were the first [critical care air transport team] in,” Lunning said in a release. “We took injured Marines and Afghan civilians who really weren’t flight worthy, but there was no choice. We just had to get them out of there.”

Lunning joins the ranks of heroic personnel who have earned the Distinguished Flying Cross, which was created by Congress in 1926. Other awardees include General Jimmy Doolittle, Amelia Earhart and Col.  Buzz Aldrin.

While not on “Guard Time”, Lunning works as an intensive care unit nurse manager for the VA in Des Moines, Iowa.

Thank you for your service, Maj. Lunning.